Not all Coda docs are used in the same way. You'll inevitably have a few that you use every week, and some that you'll only use once. This is where pinned & starred docs can help you stay organized.

Starring docs is a great way to mark docs of personal importance. After you star a doc, it will live in a section on your doc list called “My Shortcuts.”

To star a doc, hover over its name and click the star icon:

Once you star a doc, you can access it quickly from the My Shortcuts tab:

And, as your doc needs change, simply click the star again to un-star the doc.

Pinned docs are a powerful way to keep track of which docs are important to your team. Within a folder, anyone can pin docs so that they show up at the top of the folder for everyone with access to that folder.

These are different from starred docs because starred docs are a personal shortcut, where as pinning docs provides visibility for your entire team.

To do so, just hover over the doc name in the folder, then select the 3 horizontal dots to the right of the doc. Select "Pin to [Folder Name]." 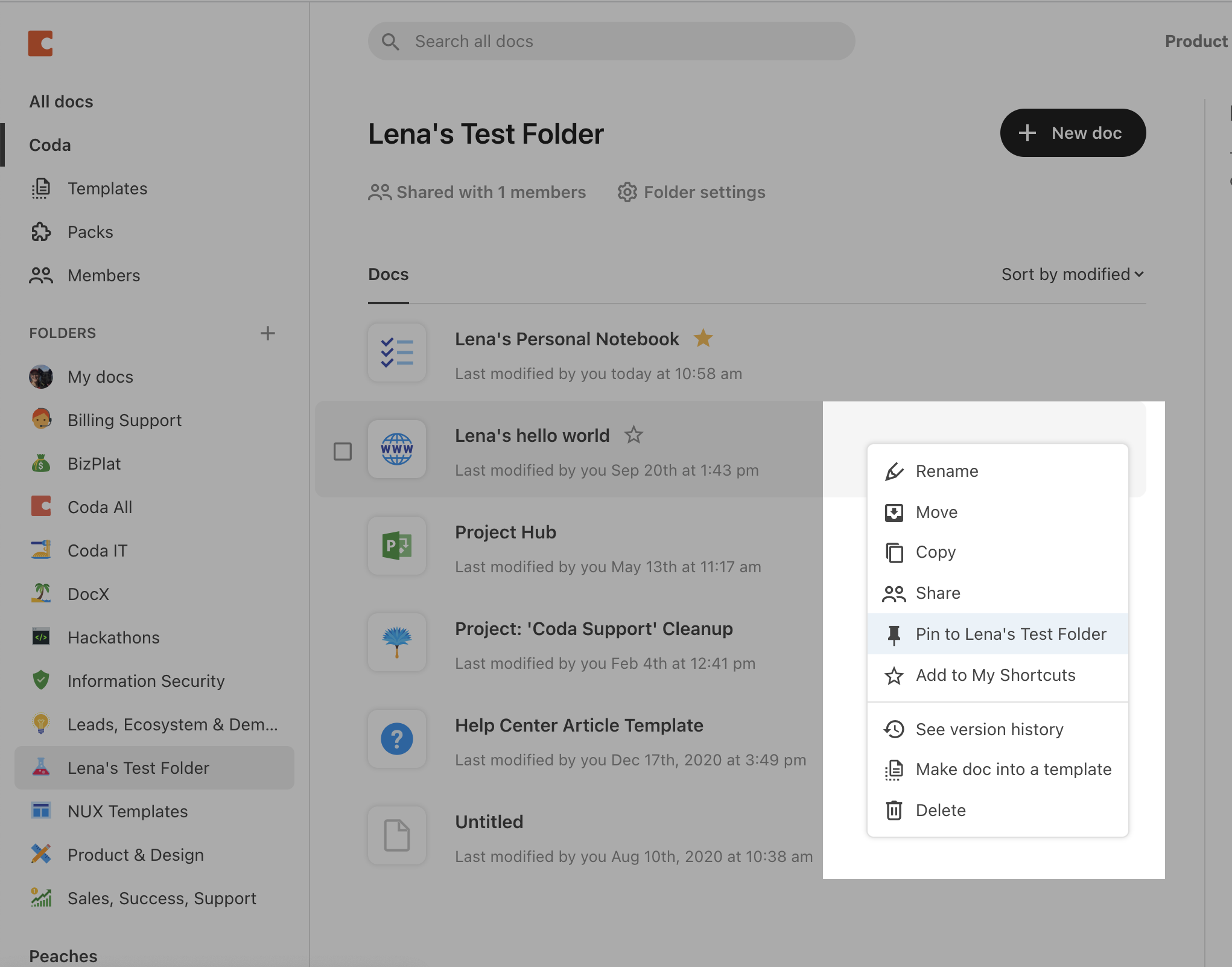 Anyone in a folder can pin docs, and there is no limit to the number of docs that can be pinned. Pinned docs are ordered such that the most recently pinned doc shows up first, but you can also reorder by dragging and dropping your pinned docs.